The Truth About Herbal Supplements for Stress

Many herbs and natural substances are marketed as remedies for stress, but such products are unlikely to be the answer to life’s tensions, experts say.

There’s little evidence that any of these products work well over the long term, said Thomas Lenz, an associate professor of pharmacy practice at Creighton University in Nebraska. And some of the products may cause adverse effects, particularly if used with other drugs.

Lenz recently reviewed the scientific literature to determine which, if any, herbal supplements could be recommended to treat stress. Out of the myriad products, he did find one that stood out: lemon balm appears to be both safe and reasonably effective at reducing stress in the short term.

That doesn’t mean that other herbal supplements are useless. In conjunction with other therapies, some supplements may be helpful, said Dr. Ashwin Mehta, an assistant professor and medical director of integrative medicine at the University of Miami’s Sylvester Cancer Center.

But supplements should not be the first thing patients and doctors turn to when attempting to deal with stress and anxiety, Mehta said, because they don’t address the underlying cause of stress, he said.

And just as with medications, consumers should be cautious, and let their health care provider know if they’re taking a supplement, Lenz said.

Some common herbal supplements for stress include:

Lemon balm: Several small studies have found that this supplement, which is part of the mint family, can improve mood and induce feelings of calmness, Lenz said. One study found that 1,600 milligrams of dried lemon balm was associated with an increase in calmness for up to six hours, he said. Lemon balm also appears to be relatively safe.

Kava: This herbal supplement is derived from the root of the kava plant, which is native to the South Pacific. Several studies have concluded that kava does significantly lower anxiety. However, the supplement has also been implicated in cases of liver failure, Lenz said, so it cannot be recommended, Lenz said.

Valerian root: This herb has been used to treat of anxiety and sleep disorders. One study found that the combination of valerian root with St. John’s wort was more effective than the medication diazepam at reducing anxiety in patients who were treated for two weeks. However, other studies have shown no effect of this herb on anxiety, so there’s not enough evidence to say it works, Lenz said. Low doses of this herb are considered safe when taken for less than one month, Lenz said. However, high doses may cause changes in heart rhythm and blurred vision, according to the University of Maryland Medical Center.

Passionflower: Studies have shown that passionflower lowers anxiety in mice, but only one study has been carried out in humans, according to Lenz. That randomized, placebo-controlled study was done in 2001 in patients with general anxiety disorder, and found that 45 drops of liquid passionflower daily was as effective in treating the disorder as the drug oxazepam. Still, more research on its safety and effectiveness is needed, Lenz wrote in his study.

St. John’s wort: In one study of 40 patients with social anxiety disorder, taking St. John’s wort for two weeks seemed to slightly improve anxiety symptoms; however, the difference between the groups in the study may have been due to chance, and the study itself was poorly designed, according to Lenz.

Many herbal supplements are sedatives and should not be taken with other sedative drugs or alcohol, Lenz said.

The best way to treat stress over the long term is to identify the root causes of it, and see if your lifestyle can be changed to reduce it, Mehta said.

“You can’t biopsy stress…stress exists in the realm of the mind,” Mehta said. “Therefore, the tools that we must use in order to confront excessive stress need to also be mindfulness-based modalities.”

If you plan to start using herbal supplements for stress, you should know that they can vary widely in their quality and content. For this reason, you should consult an integrative medicine practitioner or other expert familiar with these products before taking them, Mehta said.

Lenz’s review was published in the November/December issue of the American Journal of Lifestyle Medicine.

Pass it on: Some herbal supplements can reduce stress and anxiety over short periods, but they are not a long-term solution. 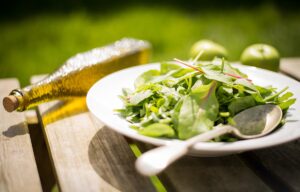 Dietary Supplements: Make Sure You Get the Benefits

Our bodies depend on a steady supply of vitamins, minerals, and other nutrients for good health throughout our lives. Yet it can be challenging to 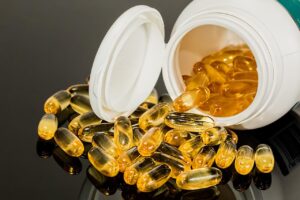 The Benefits Of Omega-3 Supplements, According To Experts

You’ve probably heard someone, somewhere rave about the benefits of omega-3 supplements. They’re supposed to be good for your brain, good for your heart, and 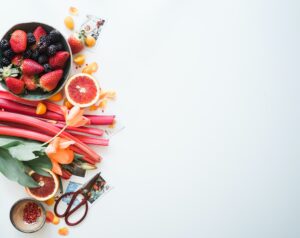 The Definitive Guide to Healthy Eating in Real Life

Depending on whom you ask, “healthy eating” may take any number of forms. It seems that everyone, including healthcare professionals, wellness influencers, coworkers, and family

What to Know About Multivitamins for Seniors

The Truth About Herbal Supplements for Stress